When summer rolls around, it’s not mandatory to sit inside and pant like a dog from the heat. In fact, it’s usually better to find something to distract you from the heat, so we’ve put together a few water games for adults that you can play right in your own backyard.

While most water games are simple and geared towards children, they can become quite complex if you add a little bit of a twist to them, making almost any game fun AND challenging for adults; therefore, we are bringing you the eight hottest backyard water games to play so you can chill out.

While playing in the backyard sprinkler is often seen as only for kids, why shouldn’t adults get in on the fun? To help, here’s a handful of games to get the fun started. However, the most fun comes when you start changing them around and making up your own rules, so just have fun with it!

This game is either played by individuals or on teams.  The concept is pretty simple: don’t get wet!

Here’s what you need:

Slip and Slide: A Timeless Classic

For this blast from your past, EVERYONE is a winner!  Just make sure that your slide is not on a downhill slope where you might find yourself slipping a bit farther than you’d bargained for.

Here’s what you need:

Rules of the game: Well, to paraphrase the classic 80s movie Better Off Dead, run, then slide, and if you get to a tree: turn!

Everything is pretty straightforward.  Once the slide is tied down and the water is turned on, one at a time, each person will run towards the slide, then hurl themselves onto their stomach as hard as they can, and slide till they can’t slide no more! Trick or speed competitions are popular.

For some extra adult fun, put some dish soap on the slide.  This will make it SUPER slippery and hard to even stand up.  Everyone knows it’s hysterical when someone falls…well, as long as it is someone else, right?

All big boys love to play with toys, and water guns tend to be a favorite.

Hang the twine till it resembles something like a clothing line, making sure that you place a cup with a hole punched in the bottom on each row of twine.  Line each shooter up, and let the good times roll!

This twist on hot potato is sure to make you cool down.

Rules of the game: This is a pretty easy game, but it will make everyone wish they were the hot potato for the first time.  Participants sit in a circle and pass the water balloon around until the music stops.  When the sound of silence steps in, the lucky player holding the “soggy potato” gets to break it over their head, giving them an instant cool down.

Just like doge ball, but this one has water balloons instead of balls.  When you get hit in this game, you get to cool off rather than walk away with a red spot where the ball smacks you.

Because we ARE adults, the rules are a bit more complicated in this version than the kids:

The team with the last dry player wins!

What better way to beat the heat than with a good ole game of baseball…with WATER BALLOONS!

If the balloon bursts, then that’s a strike. Vary the amount you fill the balloons until you find a sensitivity that works best for your group.

The close cousin to water balloon baseball, and once again, us big kids will be swinging for the fences!

This is a much looser “game.” Everyone is going to be laughing their heads off watching their friends playing “blind man’s bluff” while trying to swat the balloons.  And when the balloons burst, everyone gets to cool down! If you really want to add some competition, you can race to see who can knock out the most within a set time.

This is the quintessential backyard water game!  We all know it.  We all love it.  Everyone cheats at it.  Has a game EVER been finished?

If one person gets caught, then they become the seeker and you get to hide.

School’s Out for Summer!

Just like that, you have been given eight excellent ways to keep the heat at bay all summer.  So, get some water, round up some friends, and get your butts into the backyard and have a blast. We also have articles that you may find interesting such as, moving around a hot tub, the differences between hot tubs and jacuzzies, and if bath bombs are safe for hot tubs. 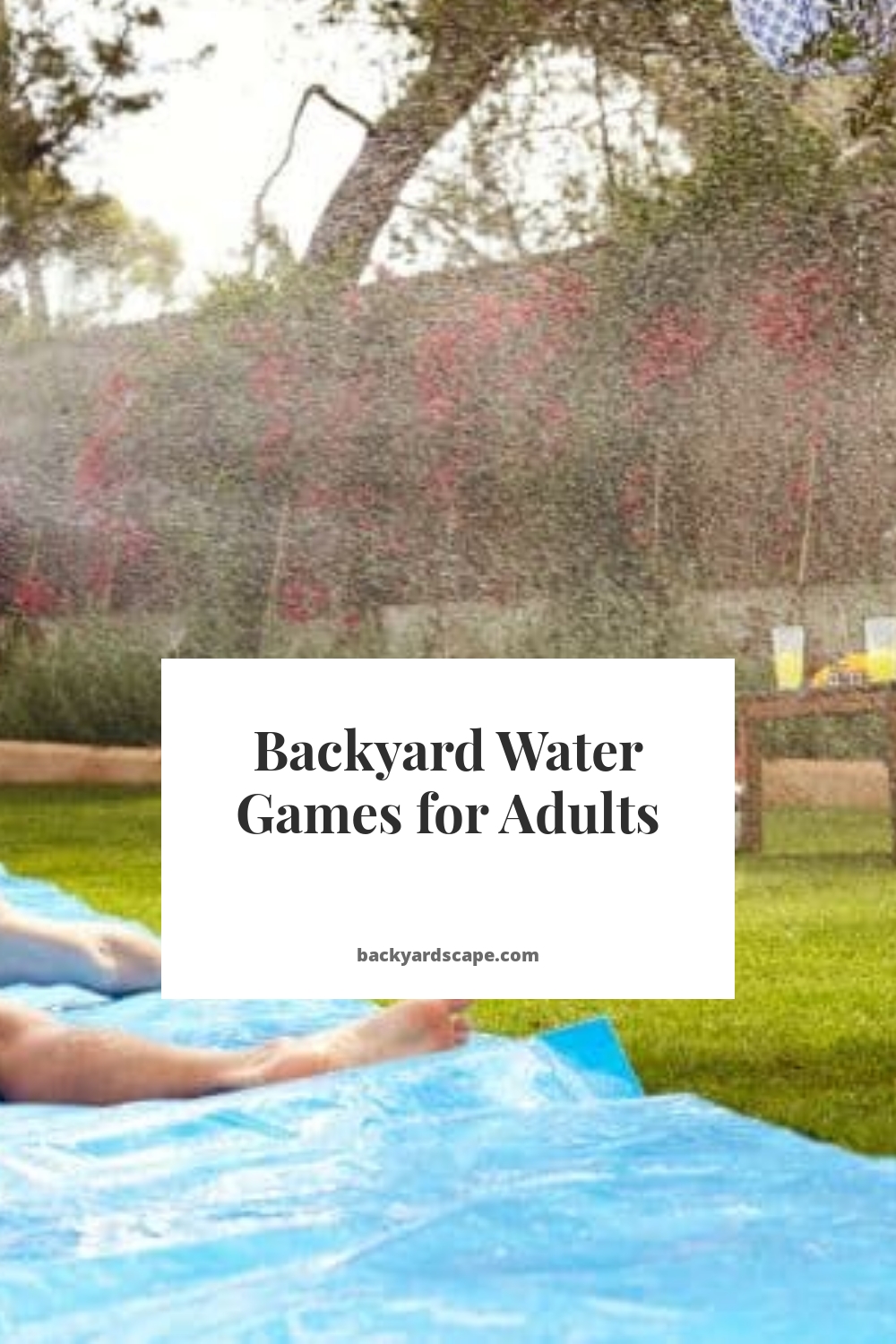