You are here: Home / Pest / How To Get Rid of Wolf Spiders

You have some choices to get rid of a wolf spider, and they are to kill it or repel it. People who see every life as valuable are more likely to repel it with a spider repelling plant, such as lavender or rosemary. Others go the opposite direction and use boric acid to kill them.

You need to make a plan as to what you will do to protect yourself from these spiders. The wolf spider is recognizable in appearance, and it can be an inch or more long. Read below to learn out how to get rid of wolf spiders.

How to Kill Wolf Spiders Outdoors and Indoors

There are a few things you can place indoors to inhibit or kill wolf spiders:

You do not want to crush the spider because it could be a pregnant female, and if you squish, there could be hundreds of babies everywhere. For those who want to kill the spider, boric acid can help.

How do You Keep Wolf Spiders Away?

Spiders can be frightening to the average person, and if you are one of these people, chances are you would like to learn how to get rid of a wolf spider. There are a plethora of approaches to keep wolf spiders away.

Because spiders exist in nature, you will never exterminate them completely; however, you can put a chemical barrier around the outside of your house to keep them away, and the following are different ways to get rid of them:

Remove any spider webs around your house. Plug up any cracks or holes that may be inside or outside your home. Ensure that the doors and windows are sealed to prevent them from coming in. Remove vegetation and weeds around the perimeter of the house so there is space just outside the walls.

For those who don’t want to go to extremes, there are other natural ways to repel wolf spiders. These should keep the wolf spiders away.

You can use these scents to get rid of wolf spiders safely.

You can grow spider repelling plants:

These plants will do the trick. Spiders find the smell of rosemary to be unpleasant, and they steer clear of these plants. The acids present in lemongrass give it a particular smell that the spiders do not like.

Chesnuts are also a natural repellant. If you place a Chestnut near spider activity, they will shy away. You can even drill holes into the chestnut to allow their essence to come through. Spiders do not like chestnuts.

As you can see, there are some excellent ways to get rid of wolf spiders, or at minimum, make them stay away.

Where in Your House Do Wolf Spiders Hide?

If a wolf spider comes into your home, it will typically be through the cracks or narrow openings around the doors and windows. They are sneaky little devils that are attracted to places where they can hide. The areas where they are most likely to be found include:

Wolf spiders love to go anywhere that they cannot easily be found. Keep an eye out if you suspect that a wolf spider has invaded your home.

To successfully dispose of the wolf spider, it helps to know what it looks like. They have recognizable characteristics that separate them from other spiders. The following are ways to identify the wolf spider:

Wolf spiders have a reputation for violently pursuing their prey. They have solid bodies and keen eyesight. They camouflage their color to match their surroundings, and they carry their eggs and their young on their back. Wolf spiders are easy to spot when you know what you are looking for.

What Should You Do If a Wolf Spider Bites You?

Wolf spiders do not typically bite humans unless they feel threatened. Their venom is not lethal to humans. If a wolf spider ever bites you, follow these simple steps for treatment:

Wolf spiders are not lethal to humans. However, if you experience unusual symptoms after being bitten by a wolf spider, you need to see a doctor.

Wolf spiders enjoy going into houses with lots of tiny crevices or holes where they can hide. If your ambition is to get rid of wolf spiders, you can set something up to repel it, such as a plant or through the use of scent.

If you must kill it, there are options for that too. However, wolf spiders serve a purpose. They eat other insects. It is up to you to choose which route you want to take when getting rid of a wolf spider. 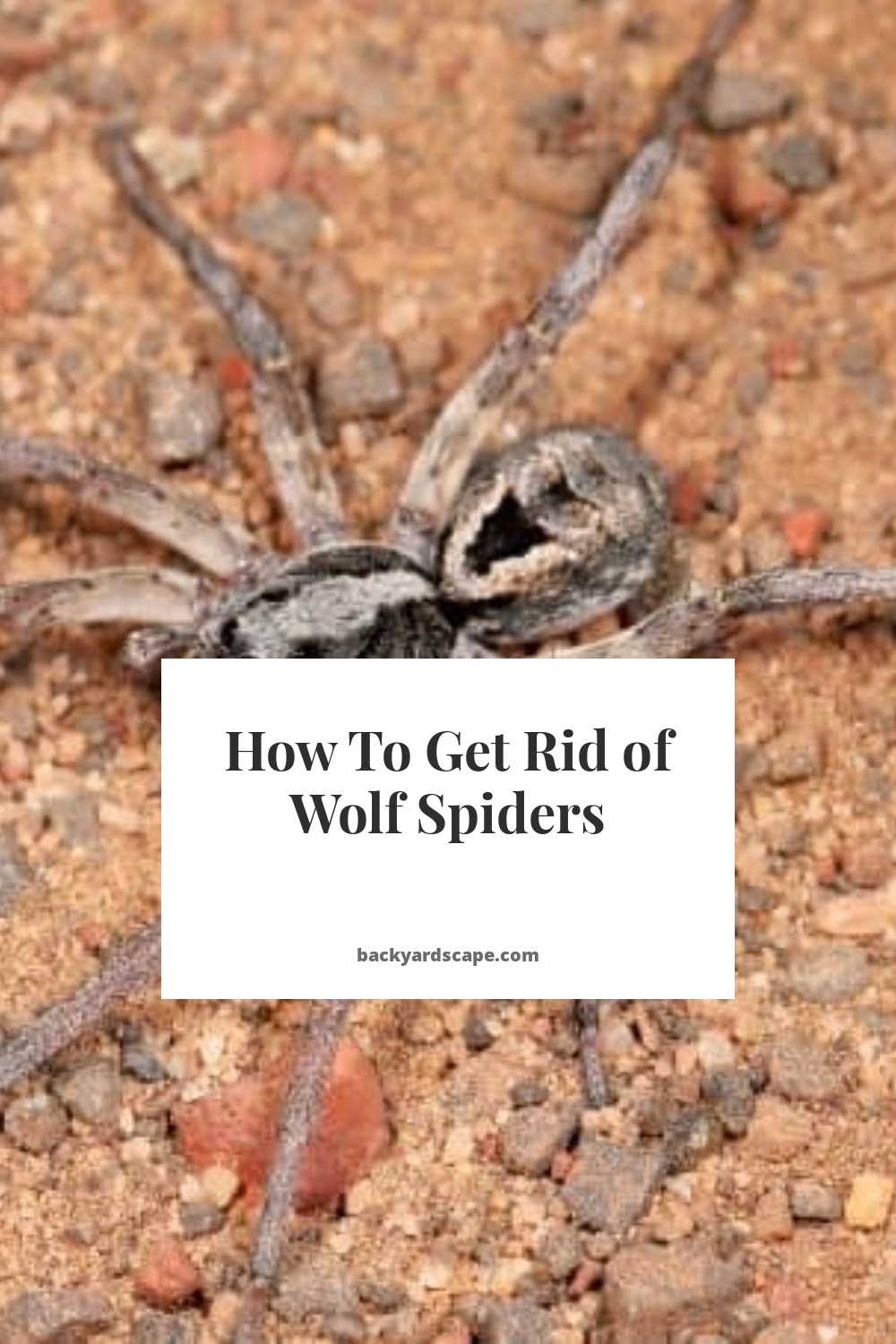