Composting in your backyard is better for the environment and your plants. We’ve talked about the benefits and different compost bins in previous articles. It takes time and effort to get your backyard composting going and that’s if you do everything right. My biggest worry about composting is getting the mixture right or otherwise you’ve got stinky compost.

We’ve been testing the Lomi for the several weeks. So far we’ve tested it probably 10 times and every time I’ve been impressed with the results so far.

You might be wondering what the heck is Lomi?

Lomi is an indoor composter that sits on your kitchen countertop, though theoretically it could sit on any type of counter. It’s about the size of a bread mixer and takes up a bit more counter space than my Kitchenaid mixer.

It “composts” food scraps by a grinding and dehydrating process. It can also composts biodegradable plastic, which is unique compared to other countertop composters on the market. The list is long of all the things you can put in your Lomi and if you’re not sure, Lomi has an extensive list.

The Lomi uses 3 different cycles to process the food scraps. There is the quick 3 hour cycle (used it the most), the long 24 hour cycle (closest to actual compost) and then there is the Lomi cycle.

The Lomi cycle is meant to break down any biodegradable plastic. It lasts 6-8 hours and during that time the plastic is broken down and can also be used as compost. Honestly I only did that cycle once, added some more scraps and did another short cycle. I couldn’t tell what was plastic by the end of both cycles combined.

Does it Actually Compost?

I will say the composter part of the appliance description is a stretch. Actual compost is when food scraps are left to decompose from two weeks or longer depending on several factors.

Lomi takes your food scraps and biodegradable plastics and turns them into a dirt like substance by a grinding and dehydrating process. The 24 hour cycle is closer to actual compost and can be directly placed as dirt around your plants though it will still need time to decompose to feed your plants properly.

The other two cycles byproduct will need even more time before its considered close to compost. I’ve been spreading this dirt on my lawn. This is a far better outcome then those scraps sitting in a garbage bag in a landfill.

How Loud is the Lomi?

The Lomi is as loud as a normal dishwasher though with the longer cycles, you do notice it more than a dishwasher. To me after a few times using it, the noise became a bit like white noise and I didn’t notice it as much.

It probably depends on how your house is naturally as to how much you’ll here the Lomi. It’s just the two of us and a cat and we work from home so we’re a fairly quiet household. Christina works from the office area, probably 25 feet away from the Lomi and barely hears it. Same at night, we barely here it from the bedroom and we have a small 720 square foot house, so we’re pretty close to the kitchen.

Lomi uses activated charcoal to keep the smells at bay but we noticed a slight smell after day three with food scraps. It might have been what was in the unit but we decided to use the Lomi at least every two days which was always at least halfway full.

After Lomi has completed it’s cycle and you open it back up, there is no smell whatsoever. This makes me happy since I am very sensitive to smell.

Is it Worth the Price?

The price tag is pretty hefty compared to just building a small composter in your backyard but the convenience is undeniable. I love that I can fill it up with scraps, run it and sprinkle the dirt on my plants in less than a day. It’s great for people who like instant gratification, like pressure washing your deck.

I can’t speak for everyone but I know I’m lazy when it comes to composting due to all the things you need to do to make sure your compost mix is correct. Not too wet, not too dry, turn it every so often, add different ingredients. Hope it all works right and you don’t walk outside to a god awful smell.

Staying on top of your compost bin takes a lot of mental energy that I just don’t have and many times I don’t compost everything I should. The Lomi has simplified the process and makes it fun and very easy to compost. I love knowing I’m not contributing to excess landfill since I’m consistently using the Lomi. 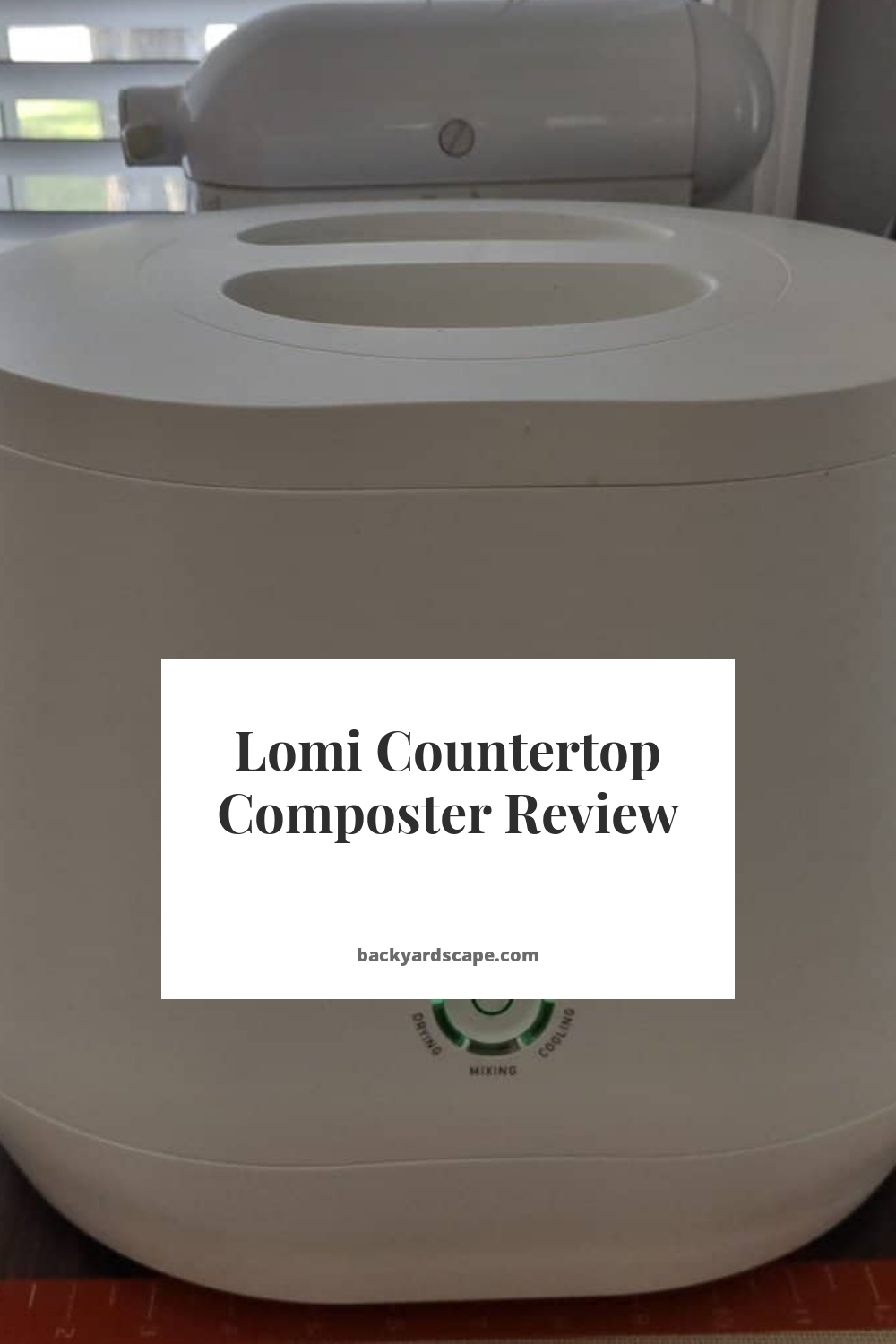