You are here: Home / Composting / What Do Worms Eat?

They are the unseen workforce without whose tireless efforts, forests, flora, and gardens could not thrive. It can be argued that they are the living embodiment of sustainability as they can process organic refuse and transform it into life-enriching fertilizer. We are, of course, referring to worms, and the fact that their tremendous contribution to the world we live in comes by way of the simplest of acts: eating.

Worms are voracious eaters, and some types can consume the equivalent of their own body weight each day. In their natural habitat, worms feed on dead and decomposing leaves and microorganisms commonly found in soil. In a compost pile, worms thrive on most food scraps and other organic matter.

Whether in leaf litter on a forest floor or a backyard compost bin, worms serve a vital role in any ecosystem in which they are found. By ingesting enormous amounts of natural and organic waste matter, they serve as nature’s sanitation department. But the positive impact of worms on their surroundings goes even further, and it begins with their diet. Read on to learn how.

What Do Non-Composting Worms Eat?

The most common of worms are earthworms, of which there are over 7,000 species around the world. Generally speaking, the diet of worms consists primarily of:

Although each part of the world has its own native species of worms, there are three general categories that worms fall into, and they are typically differentiated according to where they live. This, in turn, determines what these non-composting worms eat in the wild. Here is a closer look at the different types of free-living worms:

Wherever an ecosystem with thriving plant life is found, you can be certain that local worm species are quiet but major contributors.

What Do Composting Worms Eat?

As gardening and homesteading have been transformed from hobbies and DIY projects to bona fide (and increasingly popular) lifestyle choices, composting has become a mainstream practice. And when it comes to producing natural and highly functional soil-enriching fertilizer, the undisputed star of the show is the humble composting worm.

A successful composting operation relies on a healthy colony of composting worms.

The magic ingredient in compost is what is known as casting, which is essentially worm excrement. In combination with other organic matter, worm castings make for a naturally derived and highly sustainable fertilizer that plants love.

One thing to keep in mind about worms is that they do not have teeth and therefore cannot chew their food. Instead, they rely on grit in their gizzards that essentially grind their food so that it can be digested. Therefore, adding a small amount of soil, sand, or ground-up oyster shells to the composting bin is a must.

Proper composting is not overly complicated, but it is also far more than just dumping kitchen scraps into a bin with a bunch of worms. And despite appearances, worms do not eat everything they are given, and if fed improperly, composting worms can underperform and even die off.

What NOT to Feed Composting Worms

Worms are voracious eaters but surprisingly picky. Replenishing a compost bin with proper green and brown matter will ensure the robust production of nutrient-rich material. But putting the wrong types of organic refuse or other matter will not only result in poor quality compost but may also jeopardize the health of the entire worm colony.

The list of items that make poor (or even toxic) food for composting worms is rather lengthy and includes:

Even with proper worm food, care must be given not to overfeed the colony as uneaten scraps will quickly rot, and this can potentially poison the worms. Since composting worms typically eat half of their body weight in food on a daily basis, this can serve as a basic feeding guideline. As an example, for a pound of worms (roughly 1,000), a half-pound of food each day should suffice.

Worms are nature’s miracle workers. Not only do they play a significant role in removing dead foliage and other plant matter from the ground they also improve soil structure and provide nutrient-rich fertilizer too.

So large is their impact and so vital the role that they play in ecology; just by having read this article, you may never look at these wriggly creatures the same way again. 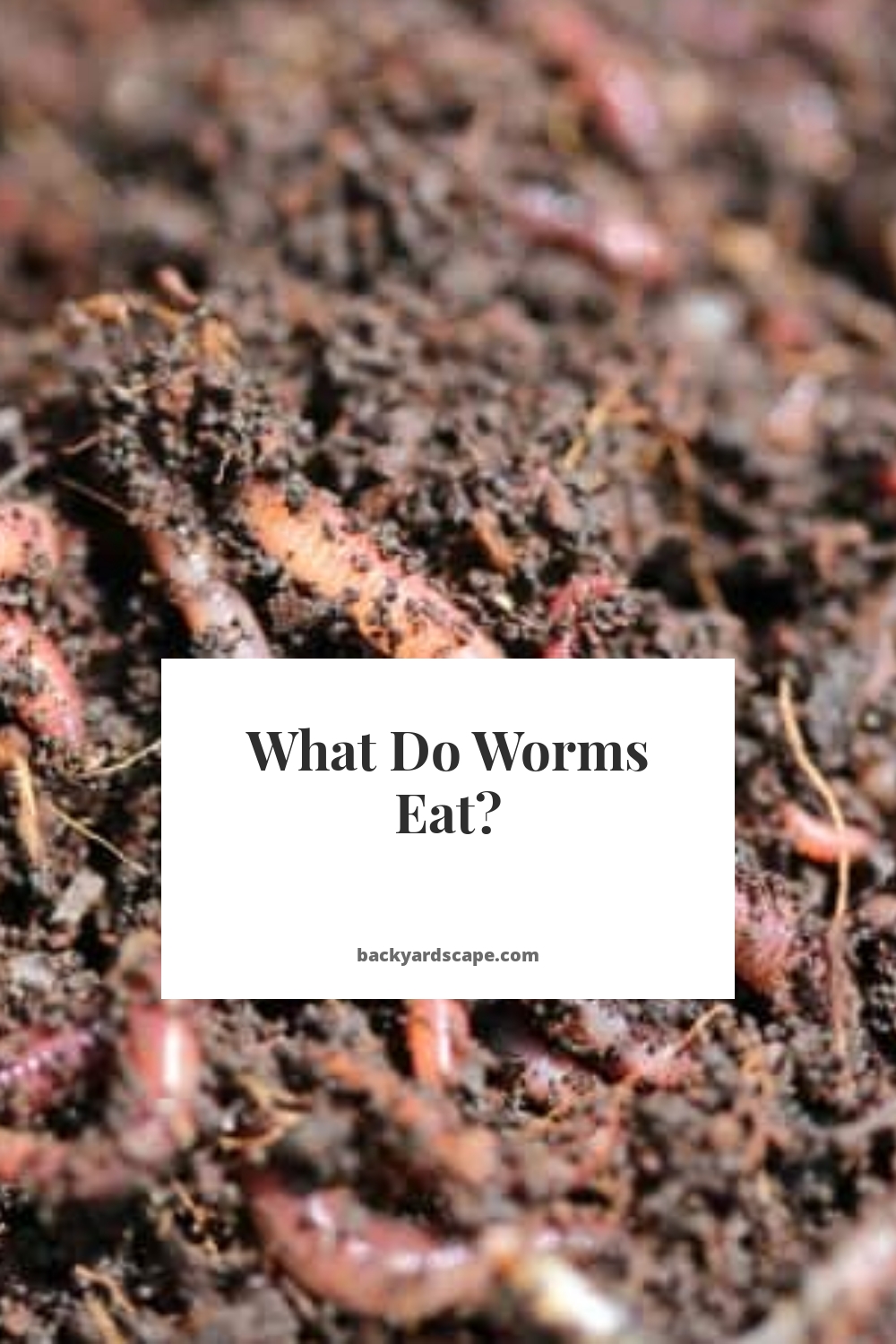