You are here: Home / Fence / What Screws Are Best for Wood Fence?

If you’re new to fencing, you may be wondering what type of screws you should use to build your new backyard fence.

Making sure to use the proper fasteners is key to building a long lasting fence.

We’ll cover what screws are recommended and which screws to avoid using.

Screws can be used in several phases of fence building.

They can be used to install fence rails to a fence post and to fence boards and “pickets” to the fence rail.

Lastly, they can be used to hang gate brackets to fence posts.

All those points of contact are crucial to a fence, and you want to ensure you’re using the best screws built for excellent holding power.

Below we talk about the screws above in detail and showcase why we think they’re best for building your new backyard fence and how we will use them in our new fence.

You might be scratching your head when I say polymer or ceramic coated exterior screws, but you always see them at the big box stores.

They are the tan and green screws rated for exterior use and often called “deck screws”.

They are coated with a polymer coating so that they don’t rust like regular zinc interior screws.

Stainless steel screws are best when using certain hardwoods, such as Ipe or Cumaru, since their oils can corrode other types of screws.

These screws will cost 2-3 times more than regular exterior screws and are harder to install due to their need to be predrilled.

Stainless steel is a softer metal, so screw heads can pop off if too much torque is applied.

While all of this sounds like reasons not to use stainless steel screws, they will never rust making them an excellent exterior screw.

They require extra time and patience to install.

While structural screws look like regular screws, they are VERY different.

They have the holding capacity to rival lag screws and lag bolts but are much easier to install.

While they have been around a while, they are only becoming more common in the past several years.

I’ve used them for the past 7-8 years on several decks I’ve built due to their easy installation and holding strength.

While they are more expensive than regular screws, they are worth every penny for the amount of comfort you will feel when the next big storm comes around with heavy winds, which is frequent in Florida.

Structural screws can hold between 250-400 lbs. while regular screws are rated far below between 80-100 lbs.

I use GRKs R4 structural screws to attach my fence rails to my fence posts.

I like installing my rails in the middle of the posts and not on the outside.

In my opinion, the fence looks more balanced than everything installed outside the fence post.

When you attach rails to the inside of the fence post, they will either be installed with brackets or by diagonally screw through rails to the posts.

If you’re not used to driving screws at an angle, using a Kreg pocket hole jig makes it easier.

You can use a 2.5 – 3 inch long screw for the proper holding strength for the rail to the post.

I may test these out on my own fence to see how well they work.

Screws Not to Use

People tend to go to the store and pick up the cheapest screws they can find to build everything.

They will rust quickly and disintegrate until they can no longer hold your fence board or rail.

In the end, you will pay more by repairing and replacing fencing installed with cheap interior screws and the time it takes to replace every single screw.

Use the proper screws for your new fence, and you’ll be very happy with your good looking long lasting DIY project. 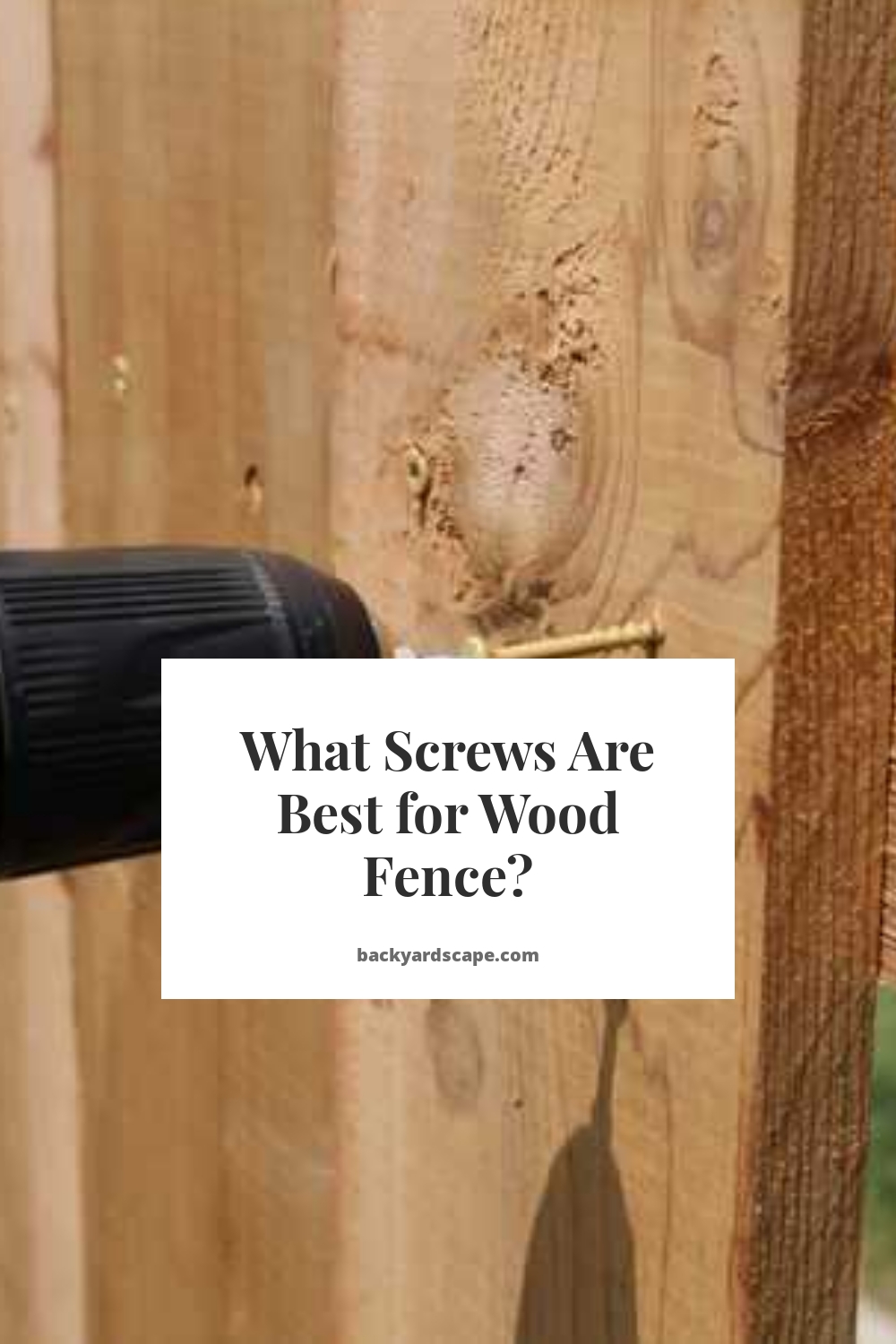