You are here: Home / Fire Pits / Why is My Solo Stove Smoking?

After spending a pretty penny for a fire pit that’s supposed to be smokeless you want to know why your Solo Stove is smoking. There are several reasons it might be smoking and we’ll cover each issue below and how to solve each one.

Your Solo Stove will smoke if your use fire starters with accelerant and wet or damp fire wood. It will also smoke if there is ash buildup preventing the venting holes to be clogged or too much firewood in the firepit.

I won’t lie, the first time we lit our Solo Stove, it was smoking too. I think I said a few explicit words out loud before Christina reminded me that our fire starter had accelerant in it.

Fire starters with accelerants are the quickest ways to start a fire, but they do give off quite a bit of smoke. The smoke will die down once the accelerant is burned off.

If you use any softwoods like pine, it creates a lot of smoke even if you use it in a Solo Stove. Also, if it rained recently and your firewood got wet, it will also smoke due to the moisture being released from the wood.

What Firewood Does Solo Stove Recommend?

The best materials to burn in a fire pit are kiln-dry hardwoods. Kiln-dry hardwoods naturally produce less smoke for an efficient burn, so adding them to your Solo Stove will be the best choice for smokeless nights.

Solo Stove has a firewood guide to help you choose as well.

Ash buildup in your Solo Stove

Another big reason your Solo Stove may be smoking is ash build-up. If your Solo Stove was working fine but now it’s starting to smoke more, the ash has built-up around the vent holes.

Make sure to clean out your Solo Stove after 2-3 burns to minimize smoke.

Too Much Wood in Solo Stove

If you piled a lot of wood in your Solo Stove, there might not be enough airflow around the vents. What we’ve had success in our own Solo Stove is to have three or four logs in it at any one time.

Depending on how big the wood is, any more than that and your Solo Stove will smoke more.

Optimize Airflow for your Solo Stove

The best thing to make sure your Solo Stove is smokeless is to optimize the airflow within. Too much ash and too much wood will not allow the Solo Stove’s vents to create the necessary airflow that is crucial for smokeless fire.

Don’t use too much firewood and don’t leave too much ash in your Solo Stove. Doing those two things will greatly minimize any smoking.

Solo Stove has a unique sleek stainless steel design with holes everywhere and a center angled cone. Both the holes and center cone are not just there for looks.

The placement of the Solo Stove holes and center cone creates 360 degrees of air flow around the firewood. These features work together to give you the most efficient burn for a fire pit without smoke.

How to Make a Smokeless Fire Pit

If you already have a built-in fire pit, you probably don’t want to spend the money to buy a Solo Stove. If that’s the case, you may wonder if there’s a way to make your current fire pit less smoky.

Guess what, there actually is a way to make your built-in fire pit produce less smoke and there’s a video that shows you how to do it. The guy in the video below goes into great detail about why a fire pit smokes and how to modify a current built-in stone firepit.

We built a stone fire pit with pavers a couple of years ago and now I want to try his methods to reduce our smoke when roasting oysters.

Yes we have multiple fire pits but we use the Solo Stove on our deck for smokeless intimate gatherings. While we use the built in firepit for oyster roasts, with the Titan adjustable swivel firepit grate.

Do Solo Stoves give off sparks?

Yes, so be careful if using your Solo Stove on a wood deck. Always use a Stove Stove Stand and firepit mat if it’s located on a flammable surface.

Do you smell like smoke with a Solo Stove?

You might from the initial smoke when starting a solo stove but nearly as much as a regular fire pit.

Can you leave Solo Stove burning?

No. Even though Solo Stove is smokeless, it’s still a fire that can create sparks. You should never leave a fire unattended.

Yes. Due to the smokeless features of the Solo Stove, the wood burns quicker since it’s a more efficient fire. Plan on having more firewood than a regular firepit to use in your Solo Stove. 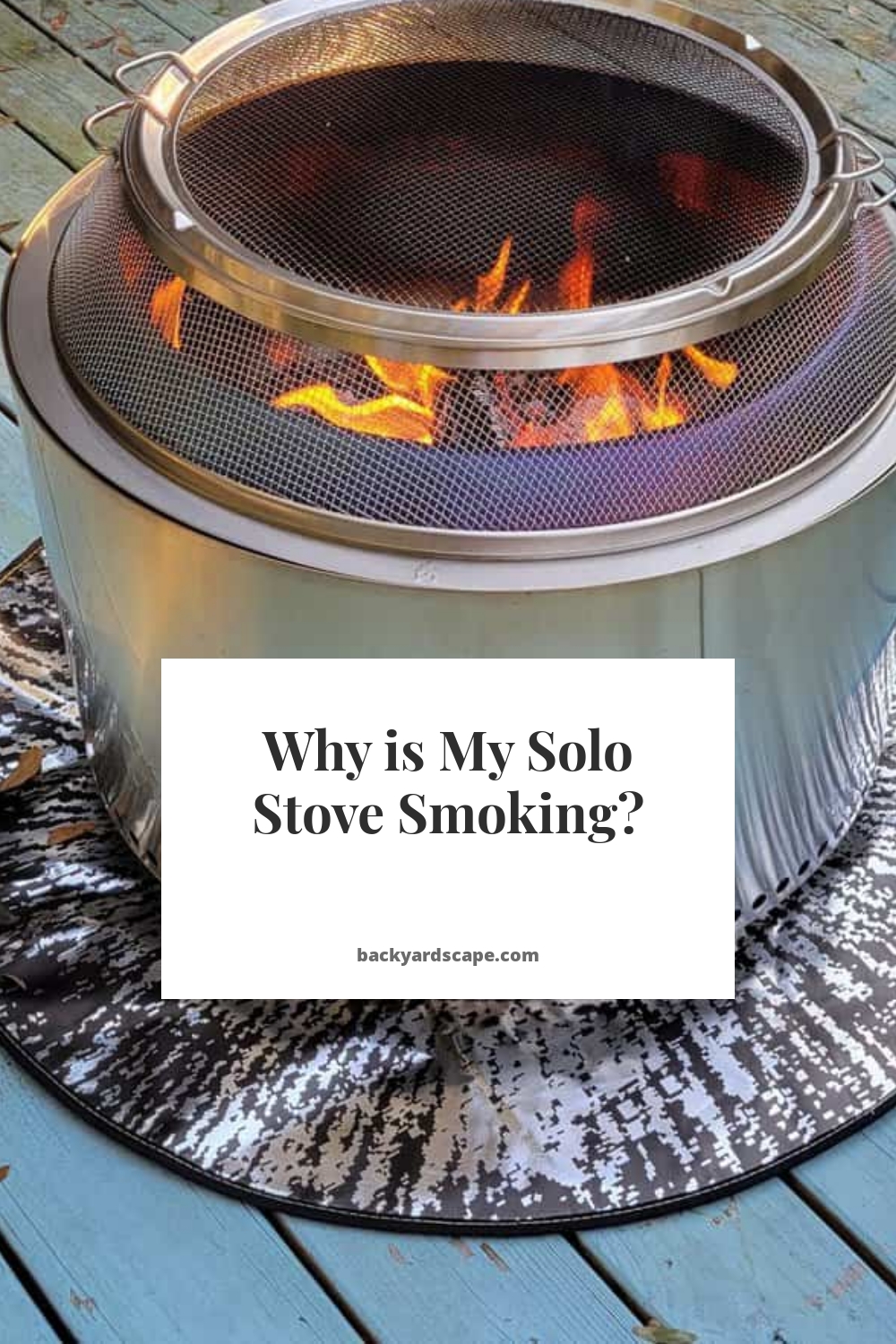